As you may all be aware, the department received 2,900 pages of feedback about the proposed social studies standards, as well as over five hours of testimony during the rule hearing. As a result, we have decided to take more time to revise the standards. Our current processes involve the following next steps:

In summary, the process is taking longer than anticipated, but is healthy and in line with the approach I have promised to take in honoring the rule process. I anticipate moving to adopt a final set of standards in late February or early March. In the meantime, to help keep moving forward with next steps, we will need educators to support the instructional material review as soon as the standards revision is complete. Please reach out to Anthony Burns for more information on this process or Marit Andrews for any general questions. Thank you, and may you have a wonderful break.

Santa Fe - The Public Education Department is accepting comments on updated social studies standards written by dozens of New Mexico educators to ensure all children have the tools they need to be college, career, and civic ready.

Written comments may be submitted through 5:00 p.m. Friday, November 12:

The public may speak about the proposed standards as well as two other proposed rule changes at a public hearing from 1:00 to 3:00 p.m. on November 12 in Mabry Hall in the Jerry Apodaca Education Building, 300 Don Gaspar Ave. in Santa Fe. Speakers will have up to three minutes each to comment.

“This is the first full review of our social studies standards in 20 years, so it is beyond time for this update,” Public Education Secretary Designate Kurt Steinhaus said. “To keep the curriculum relevant, we regularly review what we’re teaching in every subject and incorporate new developments. In social studies, that includes a fuller understanding of the many cultures that together make New Mexico unique.”

Social studies standards writing teams made up of New Mexico educators from across the state concluded their work in July. The standards are now subject to the state’s rule-making process, which requires public notice of the proposed rule change, a minimum 30-day public comment period, and a public hearing. The comment period for this rule is 46 days.

The revision work began in July 2020, nearly a year before a report released by the Thomas B. Fordham Institute rated New Mexico’s current civics standards mediocre and U.S. history standards inadequate. “We already knew that and we're working to produce state-of-the-art standards, but the process cannot be rushed,” Steinhaus said of the state’s ratings. “We have a defined process for updating standards in every discipline, and we are following that process to the letter.”

The Fordham report was the work of a bipartisan team of veteran educators and subject-matter experts with deep knowledge of content standards in their respective fields who evaluated civics and U.S. history standards for all 50 states for content, rigor, organization, and clarity.

Standards, which define what children are expected to learn by the end of a school year, are typically updated about every 10 years. The standards for science were updated in the summer of 2018. The New Mexico social studies standards were adopted in March 1997 and were last revised in 2001. The new social studies standards will align with a court order in the Yazzie-Martinez consolidated lawsuit, which required the state to provide students with an education that is culturally relevant for New Mexico, where 46% of the population is Hispanic, 9% is Native American and 34% of households speak a non-English language at home.

The careful work of developing new standards began when the Public Education Department convened committees of statewide stakeholders, including higher education experts in the social studies disciplines, classroom teachers, and tribal education directors, to identify areas that needed updating. Through a competitive bidding process, the Public Education Department hired the American Institutes for Research in January to help a citizen committee write the actual standards based on those principles. The American Institutes for Research has supported numerous other states in the updates to their social studies standards.

The writers were New Mexico social studies teachers in K-12 schools from across the state who responded to an open call for members of the writing committee.

“The writing team was composed of a tremendously diverse group of educators representing every region of New Mexico,” said John Rodarte, a teacher at San Diego Riverside Charter School serving Jemez Pueblo. “Using an open and transparent process, the writers relied on the strength of that diversity to create revisions to the standards that mirror our unity as a community of learners in New Mexico. We were all honored to participate in this effort.”

“All these educators worked tirelessly during the spring semester and during their summer break under pandemic conditions because they really want New Mexico to have the best possible social studies standards, representative of all of New Mexico’s students,” said Jacqueline Costales, the PED’s division director of Curriculum and Instruction.

Following the hearing and public-comment period, feedback will be considered and incorporated as needed, leading to a final rule that the department will file with the New Mexico State Records Center and Archives.

The department’s goal is to release the new standards early in 2022 along with professional development modules that districts can use to begin training teachers to incorporate the new standards in the curriculum, the day-to-day instruction students receive. Full implementation would follow in the 2022–2023 school year.

Read the standards and other information on the department’s Social Studies Standards update webpage. 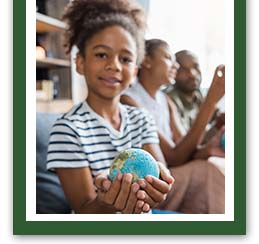